The 2008 spring season was a slower year for us. Weather was the big story or bad weather I should say. Storm after storm dumped rain, snow, and ice on us periodically throughout the season. This below normal weather coupled with a below average hatch resulted in our harvest being lower than the last couple of years.

We harvested 3850 snow geese. Of these harvested birds eighteen had a leg band, five wore neck collars, and two had reward bands…one $50 and the other was a $30 band. Two fields broke the century mark, a 110 bird day on a guided hunt and a 121 bird day by guides on a non guided hunt. We had three zeros by groups that stayed until quitting time. One was a full day hunt and two half day hunts. There were other zeros however those parties chose to call it quits early. While these days might have been slow odds are they would not have been zeros if they stayed until quitting time. 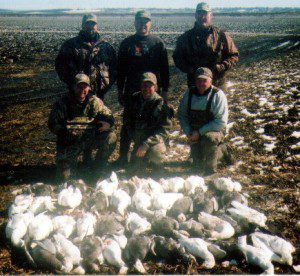 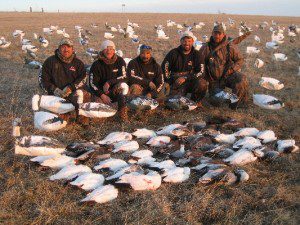 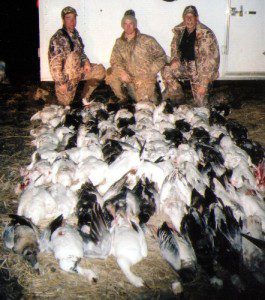 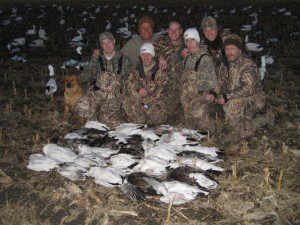 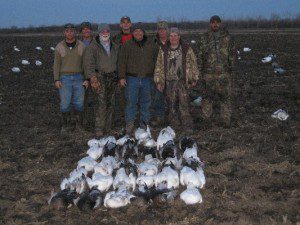 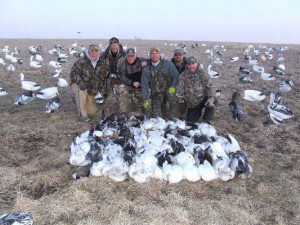 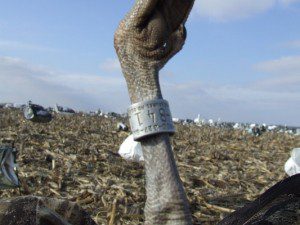 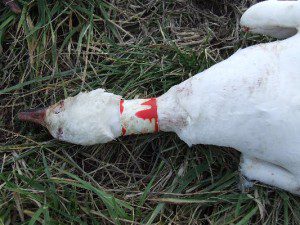 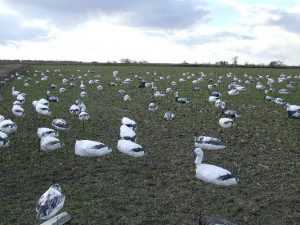 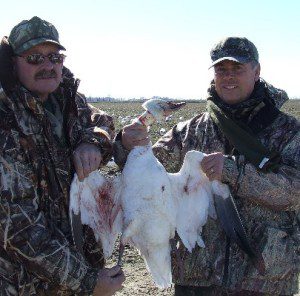 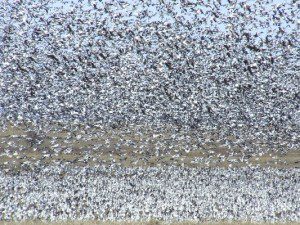 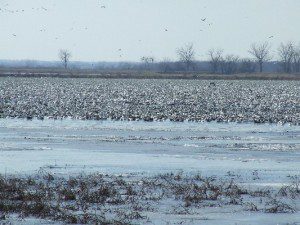 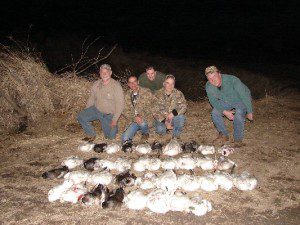 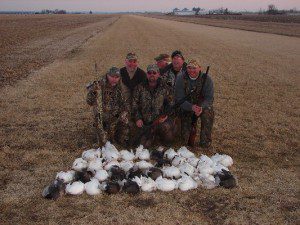 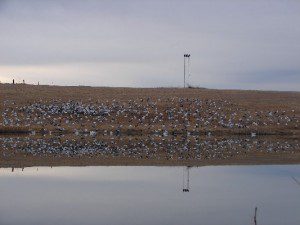 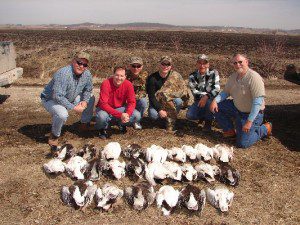 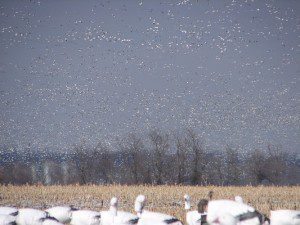 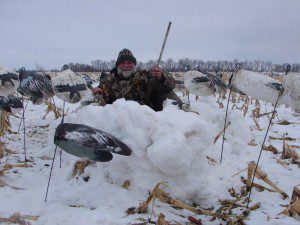 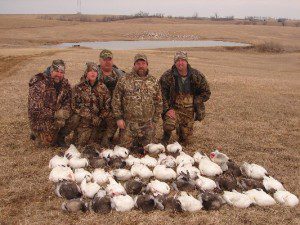 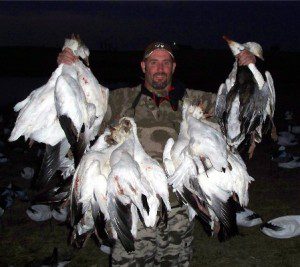 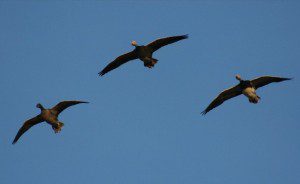 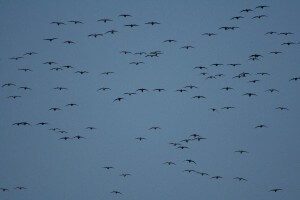 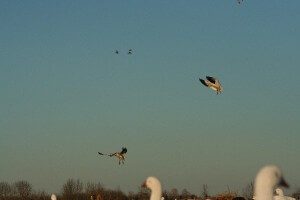 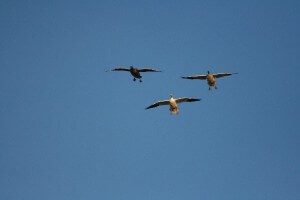 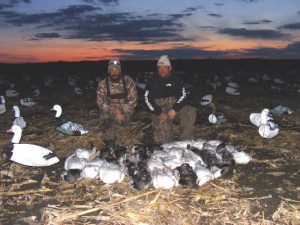 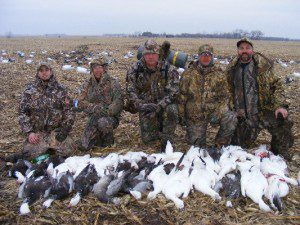 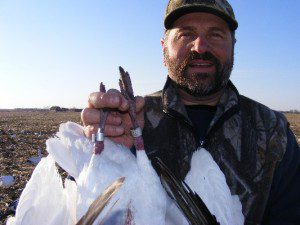 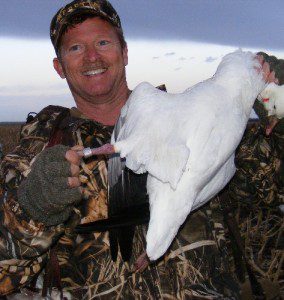 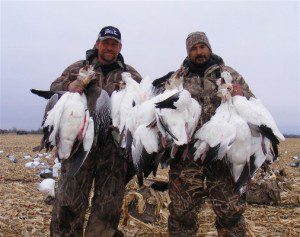 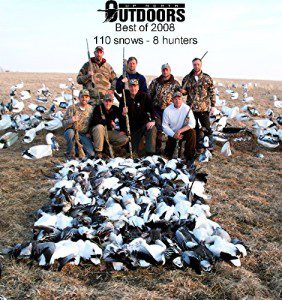