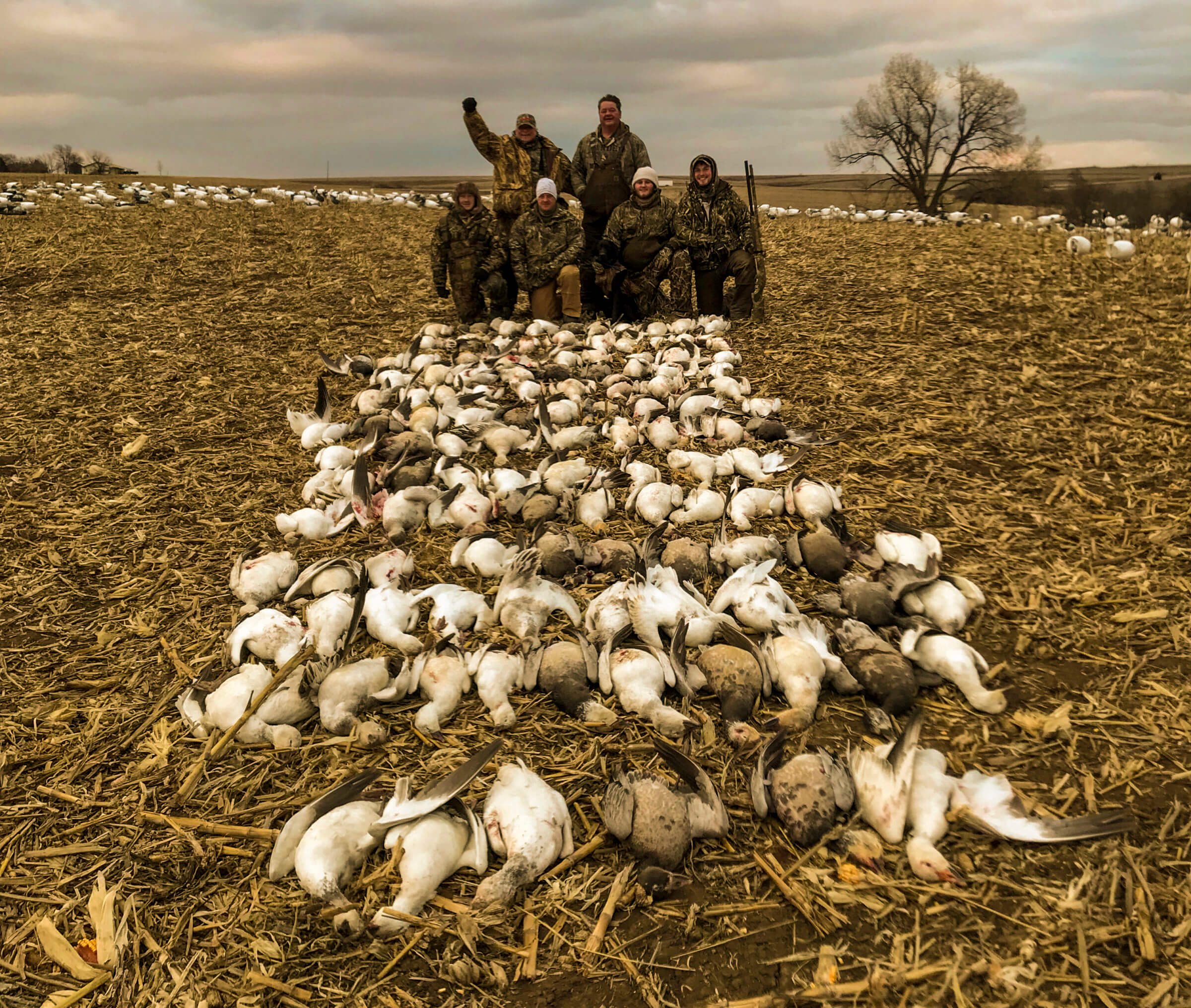 Our waterfowl hunts are run in multiple locations as we follow the snow geese on their northbound migration. We start hunting near the end of January in Arkansas where large numbers of snow geese have spent the winter months. As the spring migration gets underway snow geese that wintered farther south begin moving up from the Gulf Coast States and Mexico. After most of the snow geese have migrated north we leave Arkansas moving north to run our Iowa snow goose hunts.

From late February through mid March you will find us on the western side of Iowa hunting snow geese. This area in Iowa has some staged birds but more importantly is a migration corridor. We catch a lot migrators moving from Squaw Creek National Wildlife Refuge (recently renamed Loess Bluffs National Wildlife Refuge) as they leave the refuge heading for South Dakota. There is a consistent churning of the flocks as new birds migrate in from the south and staged snow geese migrate farther north.

During the fall of the year you will finds us on the beautiful prairies of Saskatchewan starting 2019. We are licensed in 4 zones in the SW portion of the province. Large numbers of Canada Geese, Specks, Snow Geese, Sandhill Cranes, Mallards, and Pintail inhabit our zones. The best Saskatchewan duck hunting occurs from late September through early November. 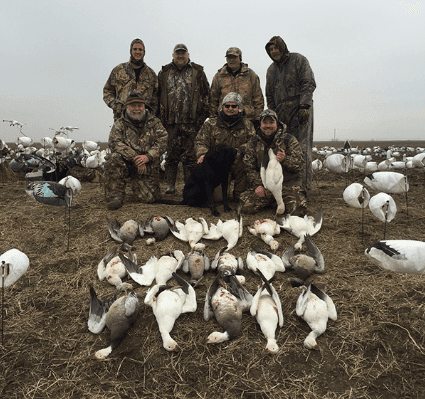