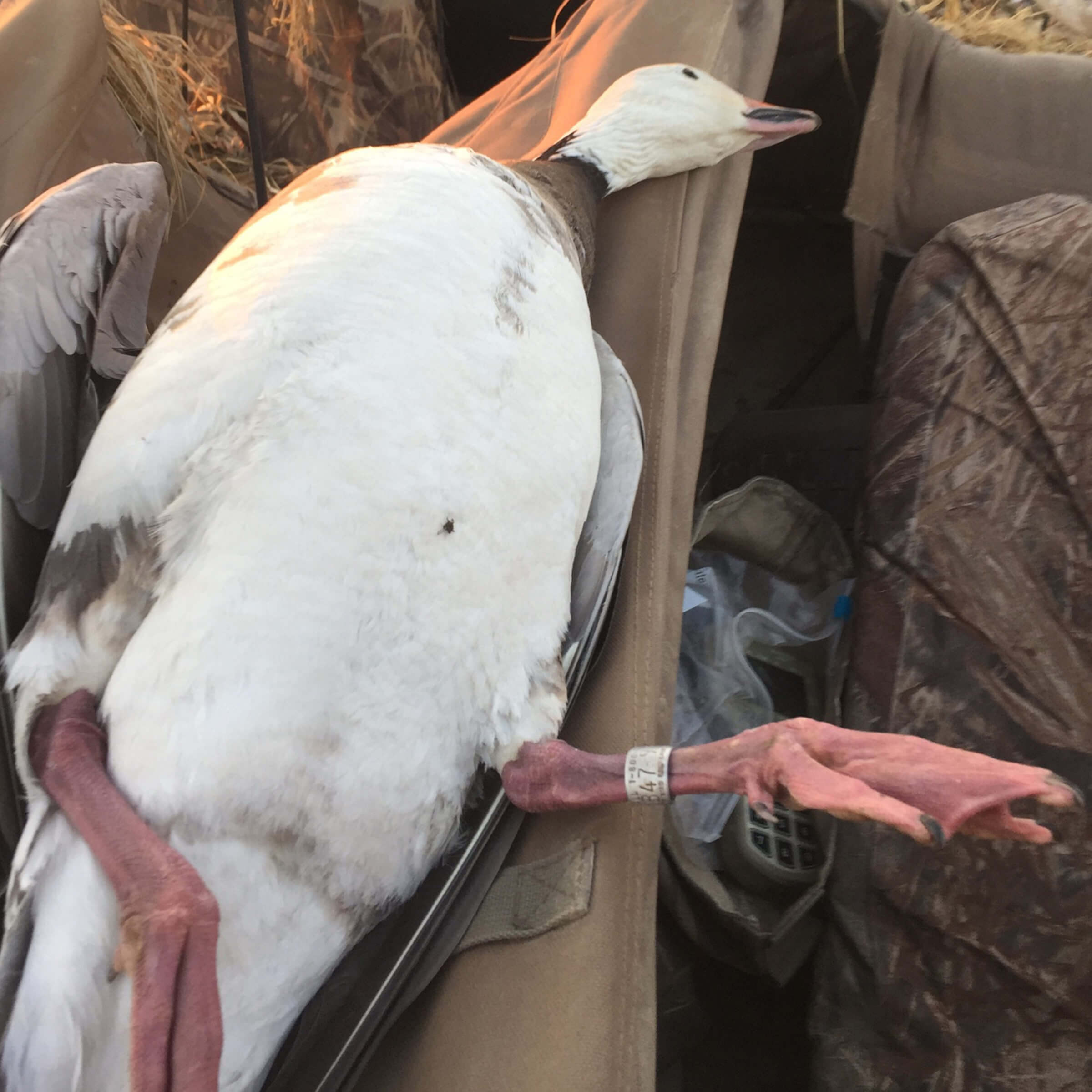 The wind blew today like crazy. It was really too much wind. Most of the birds feed close to the roost rather than fight the wind. Hunting success was a little lower as a result although not terrible. The high field shot 41 birds and the low field shot 9. The 41 bird field didn’t see a ton of birds but what they did see was high migrating flocks coming out of the north that worked tight. Given the weather forecast, I would imagine either tomorrow or Tuesday we will see a bunch of birds coming back south. I know there are birds in the southern reaches of South Dakota. The entire state looks to be getting a pretty significant snow storm. I don’t have a picture of the full 41 bird field because part of the hunters left early and took half the birds so here is the picture of the banded blue shot yesterday.

One of the fields we pulled and moved today. It is in a great area but the road into it is mostly a dirt road. We have a chance at rain off and on the next 7 days. Rather than risk not being able to hunt it we just moved it to a spot I’ve really been wanting to try.